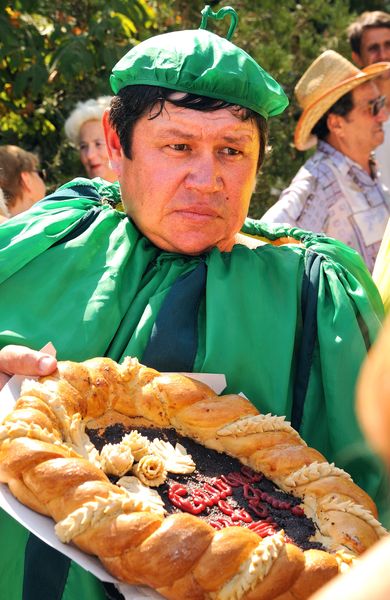 New former Minister of Culture and Tourism
The time of "déjà vu" is still going on. Yuriy Bogutskiy has already been the Minister of Culture in , and now he is leading this sphere again. Because of political situation his predecessor (his successor at the same time) retired and the Government appointed a proven person on this position. As a result of such a paradoxes new word “tourism” has appeared in Mr. Bogutskiy's biography. And it is up to the minister if there is anything “new” in tourism, we’ll see. But now, let’s meet the old friend.
Bogutskiy Yuriy Petrovich was born on in Mykolaivka village, Velyka Lepetykha district, region. In the epoch of historical materialism he was engaged in Komsomol and political work in and his native town. In 1991, after got its independence he became the minister of tourism and culture. In 1992-1994 he was a president L.Kravchuk's assistant. He worked at the Institute of postgraduate education, as an advisor and assistant of the Prime-Minister of , a Head of Humanitarian Department at the Presidential Administration. In 1999 he obtained the position of the Minister of culture and art, and after that he became a vice-chairman of Presidential Administration. 2001-2005(quite long period of time) he was again  the Minister of culture and art.
1. 26.07.2010 04:09
JOSE EDUARDO ROLDAN LEON
DEAR MINISTER OF CULTURE AND TOURISM OF UKRAINE.
I PERMIT ME TO INFORM YOU THAT IN MEXICO THIS YEAR IN THE MONTH OF SEPTEMBER is CELEBRATED THE BICENTENARY OF THE INDEPENDENCE.
FOR SUCH MOTIVE WE TO CARRY OUT THE INTERNATIONAL FESTIVAL OF MUSE AND DANCE FOLKLORICA, AND we DESIRE TO INCLUDE THE PARTICIPACION OF AN AGRUPACION OF MUSE AND DANCE OF UKRANIA, FROM SEPTEMBER 13 TO October 2, 2010.
IF YOU CAN HELP US SO THAT A REPRESENTACION CULTURAL TRAVEL TO MEXICO, WE CAN OFFER ALIMENTACION, LODGING AND TRANSPORTACION DURING ITS STAY IN MEXICO.
THE TICKETS OF AVION UKRAINE-MEXICO-UKRAINE SHOULD PAY THEM THE INVITED GROUP.
OUR GROUP OF MUSIC  AND DANCES NOW THIS IN EUROPE AND FINISHES HIS TOUR JULY 29, I REMAINED SOME you GAVE IN POLAND, IF YOU CAN HELP TO INVITE A GROUP OF UKRAINE I PUS TO TRAVEL IMMEDIATELY TO HIS COUNTRY, TO DO THE INVITACION OFFICIAL.
I REMAIN TO THE WAIT OF HIS NEWS.
PROFR. EDUARDO ROLDAN LEON
DIRECTOR FESTIVAL INTERNACIONAL MEXICO 2010