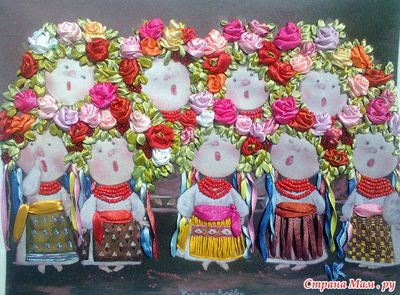 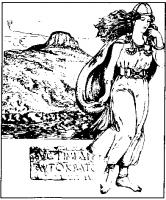 Goths are in North Prichernomor

The Goths, who lived up to the III century A.D. on a periphery known to Greeks and Romans as a barbarous world, were gone round attention of ancient writers. Therefore we do not know much about the early period of their history. Nevertheless, some data of ancient authors about germen quite applicable to Goths. The most detailed and interesting information about them was left by the Roman historian Cornelius Tacit (the end of I — the beginning of II century).

Tacit said, “…tribes which inhabit Germany … make the especial virgin pureness, unique of its kind. That’s why, despite of such number of people, the same appearance is inherent in all of them: rigid blue eyes, fair-haired, tall but capable only to a short-term effort; at the same time they suffer from lack of patience to work persistently and tensely, and they can not stand thirst and heat whereas the bad weather and soil have accustomed them to undergo cold and hunger.” The information about Goths has a legendary character. In fact according to the Roman historian, "the germen only knew … one kind of a narration about their past" — "ancient songs”. The gothic historian of the VI century A.D. Jordan who had written his work about an origin and history of people, specified, that the events described by him were recollected "in ancient … songs as though for history and general knowledge ".

The Goths: guilty of destroying the Roman Empire, but innocent of Gothic architecture. Their language is the only known example of the now-extinct Eastern Germanic family, and originally they lived on the southeastern shores of the Baltic in what is now Poland (rather than in Scandinavia as legend has it). Early in the Christian era they saturated the basins of the Vistula, the Bug, and the other rivers flowing north to the Baltic, until about 200 A.D. when they were finally able to make the jump to the rivers flowing south to the Black Sea: the Dnieper and the Bug. (The south-flowing Bug is sometimes called the Southern Bug by people with no sense of humor.)

Heather argues, against the recent consensus, that this was a genuine migration of peoples rather than just an invading army achieving dominance over local populations, and also that, in the end, Goths had a considerable degree of group identity. However, in the beginning Goths' primary loyalties were to the militarized local groups to which they belonged rather to the Gothic nation, and the southern Goths were also transformed by the new landscape and by their new associations (becoming Scythized or Hunnified in many respects). The Visigoths and Ostrogoths crystallized around large armies put together late in the game in the face of Roman and Hun pressure: the Visigoth / Ostrogoth split was neither traditional nor ancient, and many Goths (including the Crimean Goths of whom I speak) never belonged to either group.

For a considerable period the Goths were Roman borderers, causing occasional trouble but also receiving Roman tribute and defending Rome against other barbarians. In 375 A.D. they were defeated by Huns from the east, and the Goths who were not pressed into Hun service escaped across the Danube into the Empire. They were not really welcome there, but after they had defeated the Romans at Adrianople in 376, killing Emperor Valens, a place had to be found for them. From that point on, both the Goths and the Huns sometimes served the Empire and sometimes invaded it. (The men who ultimately brought down Rome were disgruntled and unpaid mercenaries, not foreign enemies.) In 376 the Huns still dominated the steppe, but in 451 their power came to an end when they launched a frightening but unsuccessful invasion of Rome. (Goths fought on both sides in the final battle). Later that century the Roman Empire ceased to function, though Gothic rulers kept things limping along in Italy until 555 A.D., and in Spain until 751 A.D.

But I am writing about the Goths who did not invade Rome (and who, incidentally, did not become Arian heretics). In 376 A.D. the Goths who had settled in the Crimea stayed where they were, and for the next 1400 years the southeastern Crimean coast between Balaclava and Sudak, together with the mountains nearby, would be called "Gothia". Gothia was seldom fully independent but was usually semi-independent before it fell to the Turks in 1475 A.D., and after that it survived until 1786 as a Russian Orthodox bishopric. The Goths themselves were first Hellenized and later Turkified, though they did remain Christian. In 1592 a traveler reported meeting a speaker of Gothic, but he didn't record enough to verify that it wasn't really some other German language: most believe that he had encountered a Saxon or some other German living in the area. Nobody is sure exactly when the Gothic language finally died out.

In the Crimea and on the north coast of the Black Sea, the southerly path of the northern forest peoples intersected with the westward path of the steppe nomads from the east. The first to follow the Dnieper from the Baltic region to the Black Sea were the Goths, who they encountered the Huns from Asia. A few centuries later they would be followed by the Varangians / Rus, and still later would come the pagan Lithuanians, whose southward expansion was stopped in 1363 by the Tatars and their Gothian allies. The last to follow this route was Karl XII of Sweden, but he never reached the Black Sea until he was defeated and forced to retreat to the Ottoman Empire. Sweden's defeat at Poltava in the Ukraine in 1709 marked the demise of the Swedish Empire and the rise of Russia, which has controlled the route between the Baltic and the Black Sea ever since.

At one time or another Gothia lived under the control of (or within the sphere of influence of) the Scythians, the Greeks, the Romans, the Byzantines, the Huns, the Khazars, the Comans / Polovtsi / Kipchaks, the Varangians / Rus / Russians, the Genoese, the Mongols, the Tatars, Tamerlane, the Cossacks, and Russia, and Gothia also had significant dealings with the Bosporan Greeks, the Greeks of Trebizond, the Petchenegs, the Alans, the Avars, the Bulgars, the Hungarians, the Crusaders (from "Romania"), the Wallachians, the Zikhians (whoever they were), and the Lithuanians.

Vasiliev's book is for connoisseurs only. Crimean Gothia is an inconsequential footnote to history, lacking much deep significance and apparently short on anecdotes too. Few readers would be interested in more than a two-page summary of this 300-page book (which is based on thousands of pages of research). But to me the time and the place are interesting, and I enjoyed watching the slow unrolling of the unexciting story of Gothia. And given my pedantic nature, watching the methodical workings of the old philological methods was a pleasure too.