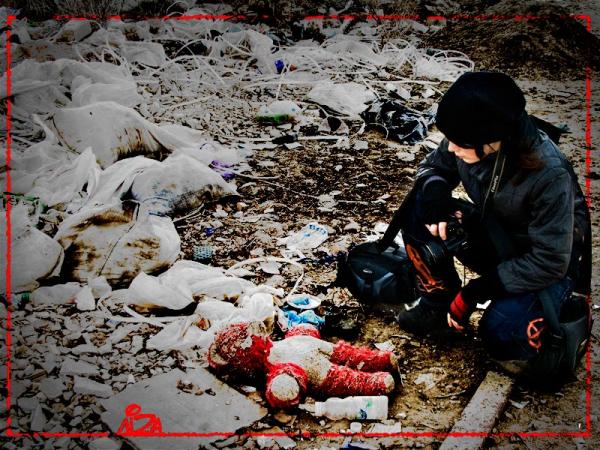 Body Art, decoration, ornamentation, or reshaping of the human body, usually for aesthetics, status, or identity. Most forms of body art, including piercing (for the purpose of wearing jewellery or other ornaments), tattooing, branding, and scarification, are permanent. Others, such as painting or dyeing, are temporary; such phenomenon itself arose even at the dawn of our civilization and it is still popular nowadays. What purposes our ancestors pursued by painting themselves, is not always understandable, but, from the historians’ point of view, the painting of body adapted also for purposes of defence if that was necessarily. Painted figures could reflect nature, age of a person, his belonging to one or other caste etc.

At the present time body-art became popular among the artists, everything are more frequent than using a human body for the realization of their artistic creative concepts.

Body painting — the right name for the most extended form of body art, when one can get his face and body painted. Without going deep into the history of body painting we would like to mention the connection of body art with makeup, dying, colouring, tattoo etc. Body art, sometimes called “leg painting”, can be compared to some kind of performance using art and theatrical skills.

A propos
Body-art In Kherson is represented mainly in different art shows and performances, also in advertisement. There are examples of conceptual works.
Body painting can be found even in Scythians times in the North Black Sea area (Scythian tattoos). Futurists from Russia, David Burlyuk used face painting as well.
The last splash of interest in body-art in Kherson arrived at the middle of the 90th. The initiators were mass actions TONE "Key" and studio "Artefact” that attracted many creative young people.
During the last couple years several different creative groups worked in the town. Those groups that had ("Obris", "Jet", "Zebra", "Dikhitoniya") and nameless. Because of their quantity and variety Kherson has been the fist one in body art even among the biggest cities.
Numerous actions were fixed by press for the first time in Ukraine (the first festival and competition in body-art, the first advertising model in body-art, the first body painting in design of audio cassette cover, the first mass body painting at the rock concert and others.)
THE XXI century presented the new names of the original body artists, who successfully appear on the international carnivals of body-art in Odessa.