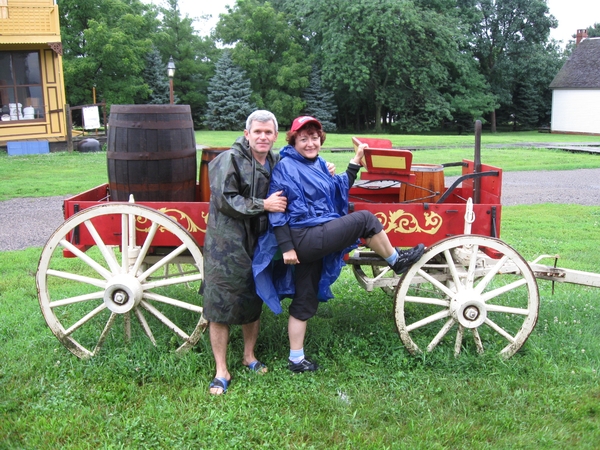 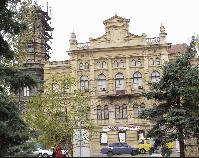 Exposition is opened for public daily from 10. 00 to 18.00, closed on Tuesday and Friday.
Kherson regional museum of art is situated in the building of the former municipal authority of 1905-1906, and was constructed according to the project of Odessa architect A. B. Minkus (1870-1948).

Like one hundred years ago the unique architecture of the building is still the unique symbol and ID card of the town. It attracts visitors by its interior and exterior design: sculptures, wall painting, threads on the stone.

Art collection in Khersonschina started to build up even at the edge of XIX-XX century. In 1890 the museum of archaeology was set up there by archaeologist and progressive artist Victor Ivanovich Goshkevichem (1860 — 1928). In 1909 he presented that museum to the town without any financial claims; however, he remained his supervisor for a certain time. At the exposition, placed in the two-storied building on the Howard Street (now Ushakov Street), too many works of art were represented, mainly antique icons and pictures besides the large numismatic collection and other archaeological findings. The museum of fine arts was opened on the ground floor of the building of Gashkevich’s museum in 1912 by the initiative and direct participations of the prince N.A. Gedroyts (1848-1933). Thanks to the petition of Gedroyts, who had connections with the emperor house in Saint Petersburg, Petersburg academy of fine arts and the emperor china and glass factories presented the valuable collection of the works of art to the museum: paintings, sculptures, china, cut glass ware, many engravings. Those collections included priceless works of V. Polenov, A. Bogolyubov, N. Pimonenko, V. Mark, I. Kolesnikov. Furthermore, several works were presented to the museum by artists V. Makovskiy, K. Lemokh, S. Yegornov, I. Gintsburg, B. Edwards, M. Babut, P. Gorbunov. The actual confluence of two museums was officially fixed in Soviet period at the end of 1922 — the beginning of 1923. It was the joining of two museums there and they obtained the name of Historical and Archaeological museum.

In March 1944 the museum collection began to revive, the searches for the lost values began. The museum of history and archaeology renewed its work. However, it was possible to reopen only art department in 1966. Thanks to the active work of collectors the fund of the museum increased there after.

At present the art collection of the museum has more then 7000 items on display.

Merri Christmas! My best wishes to everybody!

I am glad to read Your report! I remember museum workers rather often. Natalya

Hi! What is news in museum of art? When exhibition of  Shovkunenko  masterpieces  will bi in Montreal? I am waiting for! Ex-museum emploee.

According to Galina Aksyutina, the workers of museum are glad that about them does not forget, and report that international exhibitions are not planned while

Hi, how are you? My best wishes to everybody /especially to Galina Aksyutina!/. Ex-emploee   Natalya