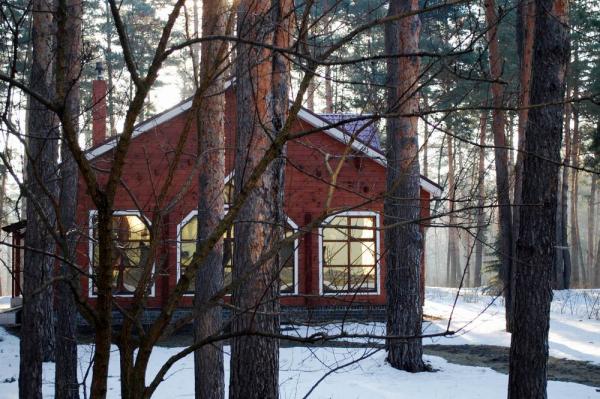 The situation regarding the identification of the Sea Peoples is more complicated than you might realize.

cultures of and the , and these give only a vague idea of where they came from.

Also, as the name suggests, they were a group of distinct peoples of diverse origins, not a single culture.

Archaeologists have put some pieces of the puzzle together, but there are still some big gaps

in our knowledge of them which will never be filled.

the Libyans brought in to support their attack on in c. 1220 BC during the reign of Pharaoh Merneptah.

In the records of that war, five Sea Peoples are named: the Shardana, Teresh, Lukka, Shekelesh and Ekwesh,

and are collectively referred to as "northerners coming from all lands".

The evidence for their exact origins is extremely sparse, but archaeologists specializing in this period

have proposed the following:

The Shardana may have originated in northern , but later moved to and probably eventually

ended up as the Sardinians.

The Teresh and Lukka were probably from western , and may correspond to the ancestors

of the later Lydians and Lycians, respectively. However, the Teresh may also have been the people

later known to the Greeks as the Tyrsenoi, i.e., the Etruscans, and already familiar to the Hittites as the

Taruisa, which latter is suspiciously similar to the Greek Troia. I won't speculate on how this fits in with the

The Shekelesh may correspond to the Sikels of Sicily. The Ekwesh have been identified with the Ahhiyawa

of Hittite records, who were almost certainly Achaean Greeks colonizing the western coast of ,

In Egyptian records of the second wave of Sea Peoples attacks in c. 1186 BC, during the reign

of Pharaoh Rameses III, the Shardana, Teresh, and Shekelesh are still considered to be a menace,

An inscription mentions that they "made a conspiracy in their islands", but these may have only been

temporary bases, not their actual homelands.

The Denyen probably originally came from northern (perhaps where the Shardana had once lived),

and the Tjeker from the Troad (i.e., the area around ) (possibly via ).

Alternatively, some have associated the Denyen with the Danaoi of the Iliad, and even the tribe of Dan in .

Little is known about the Weshesh, though even here there is a tenuous link to .

As you may know, the Greeks sometimes referred to the city of as Ilios,

but this may have evolved from the Hittite name for the region, Wilusa, via the intermediate form Wilios.

If the people called Weshesh by the Egyptians were indeed the Wilusans, as has been speculated,

then they may have included some genuine Trojans, though this is an extremely tenuous association.

Finally, of course, the Peleset eventually became the Philistines and gave their name to ,

but they too probably originated somewhere in .

In summary then, five of the nine named "Sea Peoples" - the Teresh, Lukka, Tjeker, Weshesh and Peleset –

can plausibly be linked to (albeit somewhat inconclusively), with the Tjeker, Teresh and

Weshesh being possibly linked to the vicinity of itself, though nothing can be proven and

there's still much controversy about the exact locations of ancient states in that region, let alone the ethnic i

Of the other four Sea Peoples, the Ekwesh are probably the Achaean Greeks, and the Denyen may be

the Danaoi (though probably aren't), while the Shekelesh are the Sicilians and the Shardana were probably

living in at the time, but later became the Sardinians.

Thus, both sides in the Trojan War may be represented among the Sea Peoples, but the impossibility of

exactly how they are connected.

People or clans of seafarers that invaded eastern Anatolia, Syria, Palestine, and Egypt in the 2nd

millennium B.C. The exact ethnic origin, culture and language is not known.
The Sea People could well be a branch of another people of the region, and there have been several

suggestions to this: Ekmesh (a name the Hittites used for the Ahhiyawa), Teresh, Tyrrhenians

(ancestors of the Estruscans), Sardinians, Shekelesh of or Pelest. Another theory is that they could

have been a deserted army, or even survivers after a lost war. Another third theory point at the rise of

(the famous battle with the Troyan Horse is a later battle, possibly 60-70 years later).
Despite their name, their main military campaigns were overland. The started near Ugarit

(its location corresponds to modern Latakia, ) and continued south, until they ran into Egyptian forces.
The Sea People are known for waging 2 wars against which probably had disastrous effects on

the Egyptian society. But other great states were even worse hit, like the Hittite kingdom, which was destroyed.
We have received important information on the Sea People, principally what they looked like,

from Egyptian temple reliefs, like the of Ramses 3 at Medinatu Habu near Luxor.
When the Sea People attacked different countries, they attacked capitals and cities important to

administration. In these cities they destroyed government buildings, palaces and temples, while leaving

residential areas and the surrounding countryside untouched. By doing this, they destroyed the local leadership,

and could win fairly easy victories.
The Sea People were in almost all ways a negative and destructive force for the region. Even if

the Sea People destroyed much through their campaigns, it is believed that they were the founders

of the Philistine and Phoenician civilizations, which soon grew to some of the most important forces

HISTORY
1231 B.C: The Sea People attacks , and fights the forces of King Merneptah. According to the

Victory Stela found near Thebes, the Sea People consisted of the following peoples or clans: Shardana,

People, this is perhaps not true, since entered a period of much internal unrest following this battle,.
Early 12th century: The Sea People sacks the city of . The destruction by them, was so heavy that

was abandoned forever.
— Attacks from the Sea People, brings the Hittite kingdom to its final end. The power of the kingdom had

attacked other countries too, like Kizzuatna, , Arzawa and Alasiya.
1191 BCE: Attack on , where the Sea People meet the forces of king Ramses 3.
1881 CE: The term 'Sea People' is introduced by the French Egyptologist Gaston Maspero.