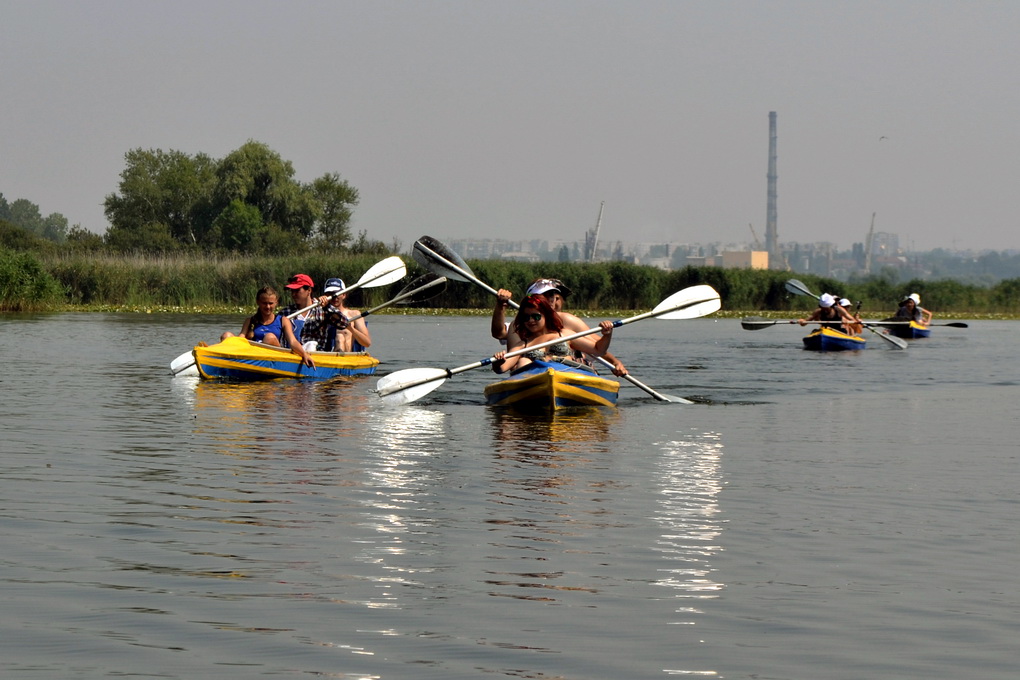 Are all presidents from “the baggy trousers”?

But for us, don’t get offensive,
such custom: as people give anybody
any nickname, and for ever and ever there will be it.
Nikolay Gogol.
"Evenings on a Farm near Dikanka"

A real name of American presidents Theodore and Franklin Delano Roosevelt ages ago was Chernyak. Originally they came from Ukraine, Zaporozhskaya Sech.
Nikolay Chernyak, an inhabitant of Kherson, a former deputy director of a teaching department at Kherson medical college, says so, nowadays he is a pensioner. Conversation began with the following:
— Nikolay Petrovich, how and when did the Roosevelt name appear and how is it connected to the name Chernyak?
— Among Zaporozhie Cossacks many names and nicknames were quite popular. Thus, many Cossacks were known mainly by such nicknames carried b y their descendants afterwards, talking about Krivonos, Nechay, Nalivayko, Khmel, Tryasilo, Nebaba, Chernota, Pushkar etc. Cossack life was far from quiet one: endless hikes, wars, sieges, fortresses, collision, pursuit... Quite often the whole day should be spent in a saddle. One night Cossacks had taken their clothes off and fallen asleep on one of the halts. Suddenly a signal of alarm sounded unexpectedly. In a hurry one of my ancestors Chernyak hopped on a horse without putting his coat on. When the alarm calmed down and the raid of nomads was successfully subsided, Cossack Chernyak found himself undressed at a troop formation. At the same time a sergeant gave an order to give him something to put on. They found something like a coat, something non-Ukrainian design and passed it to Chernyak. But as all Chernyaks were big and massive people that coat fell to pieces on him.

A healthy Cossack loud laughter swept over rows (Cossacks were very kin on different kinds of jokes). Everyone shouted: “Roos” (coal — in Vyatka dialect: many Cossacks came from mid Russia), and “velet” (big, giant — in Ukrainian language). That why the name Roosevelt or Roosovelet appeared. That was the end of XVI century. In XVII century (during the Tsar Aleksey Michajlovich reign) some of Chernyak Cossacks were sent to Archangelsk (Nikolay, Jakov, Georgiy — these names were typical and passed from generation to generation) to study ship building. They moved from there to Holland where the name Roosevelt were changed to Roosevelt and then immigrated to North America. There Nikolay became Klaus and the beginning of the two branches of a family came from him: Theodore and Franklin Roosevelt.

– Interesting, do they know the fact of Roosevelt roots in America?
– As far as I know — not. Franklin Roosevelt himself did not like to talk about his ancestors (many Americans think about him as the one of the greatest presidents of America together with Abraham Lincoln, George Washington, Woodrow Wilson where Roosevelt always took the first position). As a comment to Jewish Chronicle where they asked if he came from Jewish family Franklin Roosevelt wrote in 1935: “I don’t know much about Roosevelt family in the United States only that all its branches go from Klaus Roosevelt who came from Holland long before 1643. I have no idea where he lived in Holland and who were his parents… To be honest with you, I never have had enough time and desire to trace the genealogy of our family from that part of Atlantic to here, it’s more that 300 years from now. If Roosevelts were Jewish or Catholics, or protestants, it doesn’t bother me, only thing I’d like to know if they were good and religious people. I hope that was it.” Usually American historians and biographers speak about Roosevelt ancestors from the moment when the first Roosevelt stepped on American coast. Klaus and his son Nicolas successors were engaged in trading business and were not very popular in their time. Another 100 years after in XVIII century during the reign of Ekaterina II, one of his grandsons — Nikolay Charnyak — came back to Russia and was in service of the Empress and got the title of nobility. Our family line is closely connected to his grandson Conan (was born in 1848 and was 10 years older that Theodore Roosevelt). After his graduation from the Faculty of Biology at the Petersburg University he got acquainted to Balthazar Skadovskiy. They both moved to the south of Russia were he became a manager of Skadovskiy estate. Skadovskiy were the richest landlords and related to the well-known Falz-Fein. I have to mention that all Chernyaks were inquisitive and active people and that was not a surprise that Conan could make a fortune being the right had of Skadovskiy. Together with Skadovskiy he built a town Skadovsk, navigable bay, was engaged in breeding of fine-fleece sheep. He got married to a girl from the Connie family in St. Petersburg, who gave birth to a lot of children — 17. One of them was my grandfather, Marko. Conan was handsome, strong, well educated person, fluent in German, French and English.

– What about your grandfather? Was he in contacts with his Chernyak American relatives — Roosevelt?
– Sure. Not only was in touch with them but came to visit them as well. And not only once. In 80s of XIX century during his first trip to America he brought 70 thousand of imperials and handed them to Theodore Roosevelt. Those financial help was very handy to Theodore who obtained the position of a naval minister deputy. That time he brought up Eleanor — his younger brother daughter who was addicted to alcohol. Later on, Franklin Delano Roosevelt, her cousin, married her. The last time Conan visited US in 1900. Theodore Roosevelt nominated himself as a Vice-president. And in that time he brought 100 thousand imperials to support Roosevelt’s election campaign. Theodore became a head of the White House after the President McKinley’s death. Theodore Roosevelt himself was in Odessa, Skadovsk very often. Conan had a huge estate in Skadovsk long before the revolution, he possessed nearly a half of all land in Skadovsk province. Obviously, after the revolution everything was taken away by Bolsheviks. Marko, my grandfather, was the youngest Conan’s son and Peter, my father, was 18th Marko’s child.

– What were the relations, if any, to Franklin Delano Roosevelt, who had been the US President four times since 1932?
– After the revolution, of course, it went without saying. But before the war in 1940 Eleanor, Franklin’s wife, sent a present to Agafia, a daughter Marko Charnyak, through the US embassy in Moscow by Theodore insistence. She lived in Skadovsk. It was a parcel which contained a diamond brooch, golden collar-studs with diamonds, and a piece of fabric for a dress. The result of it was rather dramatic. Agafia’s husband Jacob Tselinko came to the embassy in Moscow. He never came back: he was arrested and accused in American espionage and executed afterwards. Aunt Agafia wrote a letter to Franklin asking never send any presents and to stop every relation with them. Echoes of that sad story reappeared in 1952, when I was called to security service asked to explain why I kept in touch with my unreliable aunt Agafia. My grandfather died in 1932 from hunger. Even now it’s terrifying to remember how pure we lived those days. May, 5, 1944 my father died in Sevastopol near Saput Mountain.

— Have you ever told to anybody that Roosevelt ancestors were your relatives came from Ukrainian Cossacks and had the name Chernyak?
— Of cause not. It was an “iron curtain” between the West and the East after the war and the cold war between USA and USSR. Any relative of the US President could be sent to Siberia or any other distant place — that wouldn’t do us any good. That’s why we had to keep quiet about all this. Only in 2002, when I retired I told this story to my colleague, a doctor Valentine Fidrovskiy, and he wrote an article about it in a local paper “Efir” (Air). To tell the truth, nobody paid any attention to it. Maybe it is for better. Maybe they think it is a new journalist trick. Whatever is printed today for sensation? Well, that’s all for now.