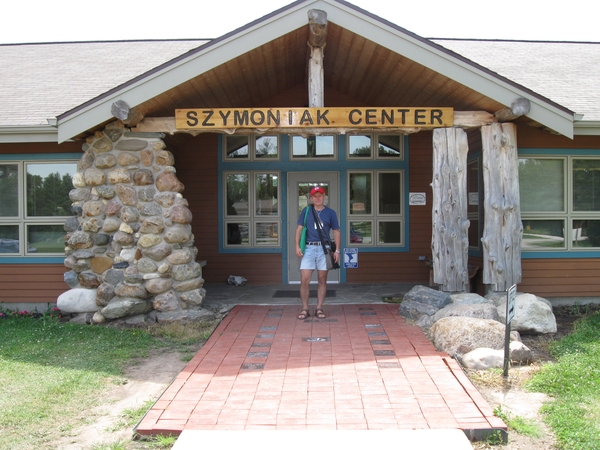 The Origins of the Polovtsy

These people were known under different names to different nations. The Rus of 11th-13th centuries called them "Polovtsy." Greeks, and most of the Western Europeans who followed suit, called them Cumans, or Comans. Arabs called them Kipchacks or Kypchaks.
"Kipchaks" are mentioned in Chinese manuscripts dating back to 300 BC.

Our main sources for the Kipchaks prior to their migration westward are arab travellers such as Tamim ibn Bahr al-Muttavi (whose diaries were written around 821 according to at least one authority), Abu Zeida al-Balhi (who wrote sometime around 950's) and others. From the mentions of Kimaks, who ruled over several tribes including the Kipchaks, and their various aliases in several manuscripts we can ascertain that during the 9th and 10th centuries these people inhabited the steppes on what is now Western Kazakhstan, by the Aral Sea. This area was also inhabited by the Pechenegs, Bashkir (who are still there), and Oguz.

Very little is known about their religious beliefs -- it is known from the arabs that they were pagans who believed in some kind of stone magic and practiced astrology. By the 10th century, the people were exposed to Islam, and a few (though not any kind of majority by far) practiced it.
Historians are amazingly uncertain about their appearance prior to settlement East of Russia - opinions range from the Polovets being blue-eyed and blond to brown-eyed with raven-black hair. It is certain that however they looked, that look changed when they started mixing with the many cultures that inhabitted the steppes of what used to be the Khazar kaganate.

The Polovtsy were divided into hordes, each horde being led by a khan (you can usually tell a khan by his name -- it will end in -kan ie: Tugurkan, Shurukan, Boniak is an exception).
A horde was composed of smaller units that migrated together. Leaders of such units usually had names that ended in -opa, -oba, -epa. All the rest of the people were divided into the warriors, freemen (different from the warriors and their families in that they were free, but really poor), and slaves.

A changing political situation led to the Kipchaks separating from the Kimaks (a biger nation entity) sometime during the late 10th-early 11th century.
In the begginnig of the 11th century the started moving westward, following the Pechenegs who migrated in the same direction a century earlier. The first contact with the Russians in 1060 was disastorous -- Russian kniaz Svyatoslav Chernigovski decisively crushed the polovtsy. They came back in early 1061, however, and this time they were quite more effective, terrorizing the South-East of Russia.
The rest is in most early Russian history books, and should be fairly easy to find.

An earlier draft of this article appeared in the Web Publication for "The College of Ste Katherine" (http://www.ocf.berkeley.edu/~sca), the Berkeley branch of The Society for Creative Anachronism