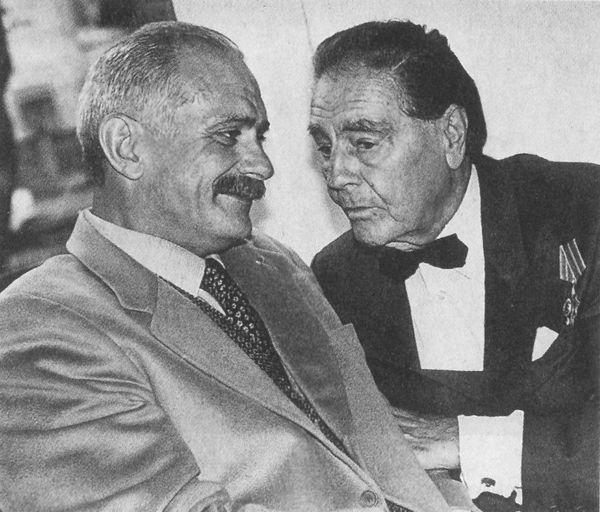 More
> Topics > CULTURE > Ukrainian the cossacks are in Tavriya

Ukrainian the cossacks are in Tavriya.

As a matter of fact, the Ukrainian Cossacks arisen in Tavriya. More precisely, in – there where the Wild field of Turkic nomads bordered the settled world of east Slavs. They were mentioned in written sources dated by 1492. Yes, in a year of discovering of by Cossacks impudently attacked the Turkish boat at a fortress of Tyagin at the bottom of the Dnepr. That event also was marked in 1992 as 500-years anniversary of the Ukrainian Cossacks. In honour of that date a monument to the saint patron of Cossacks Michael Archangel was built at a modern village Tyaginka.

The Cossacks (Russian: Каза́ки, Kazaki, Ukrainian: Коза́ки, Kozaky) are a traditional community of people living in the southern steppe regions of Eastern Europe (primarily and southern ) and Asian Russia. They are famous for their self-reliance and military skills, particularly horsemanship. "Cossack" may also refer to a member of a Cossack military unit. Originally Cossacks were runaway Ruthenian peasants who escaped Polish and Russian feudal pressure and settled in the southern steppes.

Different Cossack groups are identified with different hosts, or regions. The Cossacks of the Don, Terek and Ural hosts, as well as areas of Siberia (such as the Baikal Cossacks) are the best known. Cossacks first became widely known in western Europe in the mid-17th century as a result of the great revolt of Bohdan Khmelnytsky and the Zaporozhians against the Polish-Lithuanian Commonwealth in what is now Ukraine, which shook the geopolitical foundations of eastern Europe.

Their numbers grew during late medieval times, joined by numerous Russian and Ukrainian serfs fleeing from their owners. Eventually Cossacks became guardians of ethnic and state boundaries. In the 19th century Cossacks in became known for the numerous Wars with and contributed to the stereotypical portrayal of . Cossacks served in the Russian regular army in various wars throughout the 18th and 19th centuries. During the Russian Civil War they fought for both the Red Army and White Army. The Don Cossack Host were one of the main military forces resisting the Bolsheviks. Cossack military regiments were, however, reformed prior to the Second World War. Currently in , Cossacks are seen as either ethnic descendants or by their active military service and often both. The latter category was listed as a separate group in the census and there are currently up to 150,000 Cossacks in military service in and up to several million descendants aware of their Cossack heritage, which is now experiencing a revival, particularly in the south of .

The Cossacks (Козаки́, Kozaky) of the Zaporozhian Host, who lived on the steppes of , is another well known group of Cossacks. Their numbers increased greatly between the 15th to 17th centuries, fed by poor Ruthenian boyar-nobility, merchants and runaway peasants from Poland-Lithuania. The Zaporozhian Cossacks played an important role in European geopolitics, undergoing a series of conflicts and alliances with the Polish-Lithuanian Commonwealth, Russia, and the Ottoman Empire. As a result of the Khmelnytsky Uprising in the middle of the 17th century Zaporozhian Cossacks managed to briefly create an independent state, which later became the autonomous Cossack Hetmanate, a suzerainty under protection of the Russian Tsar but ruled by the local Hetmans for half a century. Following the unsuccessful policy of Ivan Mazepa who allied himself with Charles XII of Sweden against Russia in the Great Northern War, the state declined and the Cossacks' autonomy was eventually, by the end of the 18th century, abolished.[citation needed] In the later half of the 18th century the Zaporozhian Host was dissolved by the Russian authorities. Some of Cossacks' descendants have moved to the Danube delta region and Kuban, although after 1828 most of the Danubians have moved to as well, first to the Azov and later to the . Although today the Kuban Cossacks do not consider themselves Ukrainians, many historians consider their predecessors, the Dnieper Cossacks, as founders of what became a modern Ukrainian nation.

Less well-known are the Polish Cossacks (Kozacy) and the Tatar Cossacks (Nağaybäklär). The name 'Cossacks' was also given to a kind of light cavalry in the army of the .