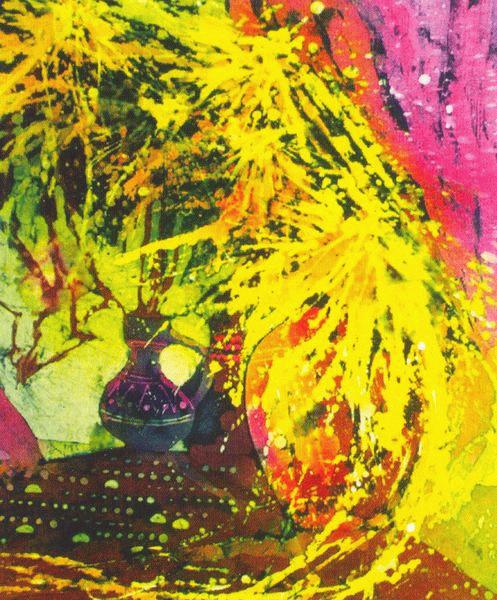 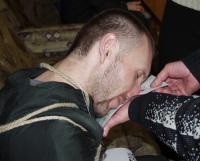 From the first sight it looked like the genuine art party — event that happened fairly often in big cities and towns but very rare in Kherson. People came, looked, socialized and congratulated the man of the party —Stanislav Volyazlovskiy. His exhibition took place at the gallery SS/02 (“Soyuz Spadkoemtsiv 2002”) (Union of Successors). The work of Kherson ceramist and artist covers the period of his life when he was 10 up to 32 years old. Child’s works graded into his latest masterpieces; therefore, we have a great possibility to compare the creative evolution of the author. There were cats and parrots of his 14 years-old-period and something folk and ethnic next to penis-art. To a big surprise of most guests the exhibition was not devoted to penis-art (official representatives of this kind of art there are only two in Ukraine and among them is Stanislav Volyazlovskiy). The name of the project was “In expectation of Snowman (Yeti)”. As the author stated, despite of non-existence of Yeti, its footprints exist and they are more then clear.
A casual visitor in his 70s or so was very concerned about modern art, looked over very carefully, interested….. He spent there….actually 15 minutes.