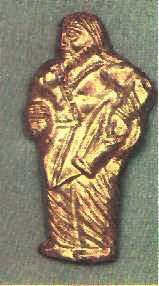 Photo-club "New vision" was set up by amateurs of the former Kherson regional photo-club in 2003.

Over 30 years the photo-club was based in the very centre of the historical part of the town — 26 Gor’kiy street.

Tens or even hundreds of Kherson photographers attended that club and gained good experienced and practice there.

However, there were internal conflicts that often happened at many other creative organizations. Therefore, too many prominent people left the club, among them were its founders. As a result of it the new organization — Association of photo artists of Ukraine — was established.

At the beginning of 90s the renovation of management occurred which led to the specific internal stabilization. However, still the same 90s brought other problems to the club: the economic crisis in the country, current technological revolution in the photo-industry and the persistent tendency of the department of culture to check the photo-club out on the street. That was too much to put up with.

The beginning of the century and many hard attempts to bring the club back to life began to become effective. Oleg Yakovlev became the initiator of this process. The club is at Kherson regional library now and works very successfully.
At the present, the photo-club "New vision" interacts with National association of photo artists of Ukraine.