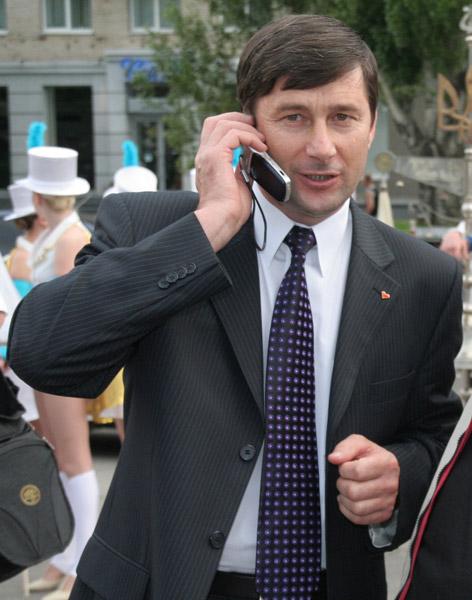 More
> Topics > Theatre > From the theatrical history of Kherson

From the theatrical history of Kherson

Kherson is a town of rich theatrical and musical traditions. The most famous national masters of stage gave their performances there: M. Zan’koetskaya, G. Kropevnitskiy, I. Karpenko-Karyj, P. Saksaganskiy, M. Sadovsky, as well as M. Schepkin, M. Savina, M. Orlenev, V. Davidov, V. Meerkhol’d. «Ukrainian nightingale» Oksana Petrusenko stepped onstage there for the first time, and the unforgettable Jury Shumsky began his career . And this list can be continued.

In October, 1938 the Kherson regional music and drama theatre was opened. Because of its background, traditions, repertoire, it became the true national Ukrainian theatre.

In 1992 the theatre was named after the unsurpassed Ukrainian dramaturge — M. Kulish — to his 100th birth anniversary.
The bright side of the creative biography of the theatre became the period from 1958 to 1972 when the main director was the national actor of Ukraine — M. Ravitskiy. It had brought a new art direction, created a new lyric and romantic theatre. His play «Тavriya» became a scenic confession about native land and its past.

Many talented actors, real masters of a stage worked at the theatre at that time: the national actor of Ukraine L.Litvinenko, honored artists of Ukraine — F.Krasovskaja, M. Mikutskiy, G. Kuz’menkov, I.Golubev; the honored artist of Checheno-Ingushetiya — A.Zajats, the actors V. Serikov-Raukh, M. Shkol’niy, S.Moshinsky, I.Basjuk.
Almost 20 years of his life were given to the theatre by the talented composer and conductor M. Raukh. The success of creative theatrical collective was defined with musical performances: « Natalka Poltavka» by N. Lysenko, «Zaporozhian beyond the Danube » by S.Gulak-Artemovskiy, «The circus lights fires » by D.Milyutin, «Wedding in Malinovka» by L.Juhvid and many others.

All the time the theatre lived in searches, changes, was supplemented with new talented actors, graduates of Kiev and Kharkov theatrical institutes. The troupe consisted of D.Korolenko, A.Shitka, A.Manojlo, A.Tolok, G. Kulik, V. Chornoshkur, S.Kovalenko, A.Dmitriev who became its soul and creative base.
The theatre demanded new courageous embodiments and experiments. Young talented director-innovator O.Gorbenko had begun his creative biography in Khersonschina from the same theatre.
L.Ukrainka's tragedy "Orgy" appeared soon on Kherson stage followed by a drama of M. Stel’makh «Dream of love », «August again» by I.Shtok. With such program the theatre successfully reported to choosy spectators of Kiev.

The director of the theatre, O.A.Kniga, a deserved art worker of Ukraine, a big enthusiast who is enamoured in her business makes every effort to give the theatre a present-day creative life and make it highly professional. The festival of musical performances "Melpomena of Tavriya" was set under her initiative. She opened a branch of the theatre in Kalanchak, created theatre-studio, the small stage, a theatre-cafe for children and many other interesting and grasping events.