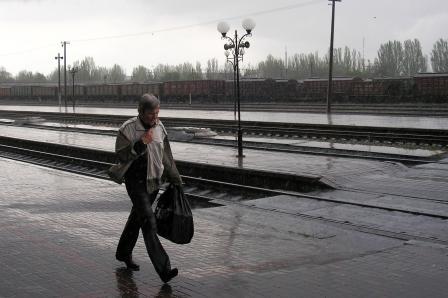 Scythians, name given by ancient Greek writers to a number of nomadic tribes of south-eastern Europe and Asia. The name was used either for the Scythians proper, or Scolots, dwelling north of the Black Sea, between the Carpathian Mountains and the Don River, in what is now Moldova, Ukraine, and western Russia; or for all the nomad tribes who inhabited the steppes eastward from what is now Hungary to the mountains of Turkistan. The tribes are believed to have migrated to these areas from the region of the Altay Mountains, on the border of China, during the 8th century BC. Their speech was a form of Iranian, one of the branches of the Indo-European languages. Scythians kept herds of horses, cattle, and sheep, lived in tent-covered wagons, and fought with bows and arrows on horseback. They developed a rich culture characterized by opulent tombs, fine metalwork, and a brilliant art style.

You can find the information about Scythian on the following websites:
Gold of the Scythians
www.artkavun.kherson.ua/zoloto_skifov.htm

Skills of the Scythians
www.artkavun.kherson.ua/iskusstvo_skifov.htm