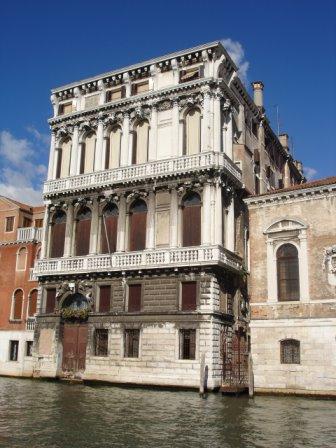 The Sarmatians, Sarmatae or Sauromatae 'were a member of a people originally of Iranian stock. Mentioned by classical authors, they migrated from Central Asia to the Ural Mountains around 5th century B.C. and eventually settled in most of southern European Russia and the eastern Balkans.

Pliny the Elder (N.H. book iv) wrote that the Latin Sarmatae is identical to the Greek Sauromatae. At their greatest reported extent these tribes ranged from the Vistula river to the mouth of the Danube and eastward to the Volga, and from the mysterious domain of the Hyperboreans in the north, southward to the shores of the Black and Caspian seas, including the region between them as far as the Caucasus mountains. The richest tombs and the most significant finds of Sarmatian artifacts have been recorded in the Krasnodar Krai of Russia.

It is perhaps no coincidence that the boundary between the so-called Centum-Satem isogloss in the Indo-European languages apparently split at the European border of the Sarmatians.

Around the year 100 BC, Sarmatian land ranged from Barents Sea or Baltic Sea ("Oceanus Sarmaticus") to tributary of Vistula River, to the Carpathian Mountains, to the mouth of the Danube, then eastward along the northern coast of the Black Sea, across the Caucasus to the Caspian Sea and north along the Volga up to the polar circle.

The Sarmatians flourished from the time of Herodotus and allied partly with the Huns when they arrived in the 4th century AD.

The Sarmatians were closely related to the Scythians.

In the fifth century BCE, the Greek researcher Herodotus of Halicarnassus, the author of the Histories, describes the Sauromatae as the descendants of Scythian fathers and Amazon mothers. Of course, this is a legend, but the nomadic tribe did exist and lived where Herodotus says it lived, on the plains between the Black Sea and the Caspian Sea, north of the Caucasus. The river Don divided the Sauromatae and the Scythians, the famous riders from Ukraine.

During the centuries after Herodotus, the Sarmatians gradually moved to the west. A first step is mentioned in a text published under the name of the sixth-century explorer Scylax of Caryanda, but in fact written in the second half of the fourth century. It refers Syrmatae west of the Don. In the mid-third century, the tribe controled large parts of Scythia, which can be deduced from the spread of the typical Sarmatian tombs. Greek sources describe the conquered country as a desert, which may be exaggerated but testifies to the violence of the Sarmatians.

They were strong enough to demand tribute from the Greek towns on the northern shores of the Black Sea. However, relations were not always bad. The Greeks traded with their neighbors and sometimes joined forces with the tribe when they felt threatened by the Scythians. These wars were very successful. The Scythians more or less disappear from history, and their country was from now on known as Sarmatia.

In the early first century, Sarmatians are mentioned as allies of king Mithridates VI of Pontus, the ruler of several countries near the Black Sea and one of the most dangerous enemies of the Roman empire. In 66, he was defeated by Pompey the Great and expelled from Asia Minor. Mithridates continued his war from the Crimea, still supported by the Sarmatians, but was ultimately forced to commit suicide. The Sarmatians continued the anti-Roman alliance with his son Pharnaces, who was defeated in 47 by Julius Caesar at Zela ('I came, I saw, I conquered').

By definition, tribes are loosely organized societies and the Sarmatians were no exception. During their migration to the west, they had assimilated other ethnic groups and from now on, it is probably best to describe them as a federation of tribes. When, the Greek geographer Strabo of Amasia described Sarmatia, he mentioned four groups living between the rivers Dnepr and Danube. His description is schematic: the ethnic groups correspond to the four points of the compass. There must have been other tribes.

The Iazyges lived in the south, on the shores of the Sea of Azov.
The Urgi lived in the north on the banks of the Dnepr, in the neighborhood of modern Kiev.
An ancient Scythian tribe, the Royal Scythians, was still living in the east of Ukraine and had become the most important member of the Sarmatian coalition. They and the Urgi became known as the Sarmatians.
The Roxolani were moving to the west.
Sarmatian society was hierarchical. There was an aristocratic warrior elite (the argaragantes), and the real work was done by the limigantes or slaves. The tribe was still nomadic, roaming over the steppes on horseback or in covered wagons, the kibitkas. Greek and Roman observers often noted that Sarmatian women did not behave as they expected: their position was better than in the Mediterranean world. The Greeks explained this strange phenomenon with the hypothesis that the Sarmatians descended from the Amazons.

In the mid-first century CE, the migration to the west was resumed. In Rumania, the Dacian kingdom was in a crisis, and the Iazyges settled near the mouth of the Danube, before continuing to the east of what is now called Hungary. The Roxolani now settled on the lower reaches of the Danube, but were checked by the Roman legion III Gallica in 68/69. The Romans were content with these movements, because it weakened Dacia.

In the last decade of the first century, however, Dacia was strengthened again, and joined forces with the Sarmatians. One Roman legion, XXI Rapax, was destroyed in 92. To defend their empire, the Romans were forced to conquer territories on the north bank of the Danube. This happened between 102 and 106, when the emperor Trajan subdued the Iazyges, Dacians, and Roxolani. When he died in 117, his successor Hadrian kept Dacia; the Iazyges and Roxolani, on the other hand, received their independence again. They remained allied to the Roman empire.

During the reign of Marcus Aurelius, the Sarmatians became dangerous again. Other groups had joined the federation (e.g., the Alans), and the Romans had to fight several bloody wars against the Sarmatians and their allies, the Marcomanni. Ultimately, the Romans were successful, and for almost half a century, the Danube frontier was more or less safe, although sometimes, military actions were necessary.

In the third century, however, the Sarmatians occupied Dacia and from now on, the war against the tribes on the north bank of the Danube was really dangerous. However, Rome was usually victorious. In the early fourth century, the Roman emperor Diocletian resettled the Iazyges, and his successor Constantine I the Great accepted many Sarmatians as farmers on the Balkans. Those who remained north of the Danube, were destroyed by the Huns.

Sarmatians: coalition of Iranian nomadic tribes, which moved gradually from the Caspian plains to eastern Europe and threatened the Roman empire.