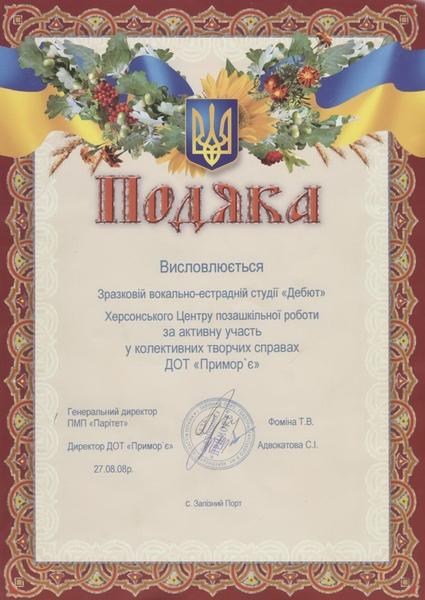 The Tauri (Ταῦροι), also Scythotauri, Tauri Scythae, Tauroscythae (Pliny, H. N. 4.85) were a people settling on the southern coast of the Crimea peninsula, inhabiting the Crimean Mountains and the narrow strip of land between the mountains and the Black Sea. They gave their name to the peninsula, which was known in ancient times as Taurica, Taurida and Tauris.

They are thought to have been an offshoot of the Cimmerians, whom the Scythians expelled from their original homeland further north in the 7th century BC. However, there is another version, according to which Taurians may be related to the Abkhaz and Adyghe tribes, which at that time resided much farther westwards than nowadays.

In book IV of The History by Herodotus, the Tauri are described as living "entirely off of war and plundering". They became famous – or perhaps notorious – for their worship of a virgin goddess, to whom they sacrificed shipwrecked travellers and waylaid Greeks. The Greeks identified the Tauric goddess with Artemis Tauropolos or with Iphigeneia, daughter of Agamemnon. The Tauric custom of human sacrifice inspired the Greek legends of Iphigeneia and Orestes, recounted in Iphigeneia in Tauris by the playwright Euripides.

According to Herodotus, the manner of their sacrifice was to beat the head with a club and remove the head; then they either buried the body or threw it off a cliff, and lastly nailed the head to a cross. Prisoners of war likewise had their heads removed, and the head was then put onto a tall pole and placed at their house "in order that the whole house may be under their protection".

Although the Crimean coast eventually came to be dominated by Greek (and subsequently Roman) colonies, notably the one at Chersonesos, the Tauri remained a major threat to Greek power in the region. They engaged in piracy against ships on the , mounting raids from their base at Symbolon (today's Balaklava). By the 2nd century BC they had become subject-allies of the Scythian king Scilurus.